It’s hard for me to admit but I was late out of the gate with this one. Overwatch: Blizzard’s latest offering is out on major consoles as well as on PC and let it be said, these guys don’t mess around when it comes to building games that are played for the long term. Too many game manufacturers rely on pushing out a title very year and to me, that feels like a real cop out. It means that the studio doesn’t see you playing this game for 12 months and in reality, if you get a few months out of any online title (Call Of Duty in particular) I would say you are doing well.

Blizzard is the masterminds behind the Warcraft series of games and most known for the World Of Warcraft (WoW). WoW was & is an MMORPG (Massive Multiplayer Online Role Playing Game) game that is still played by millions of people (5.5 Million as of November 2015) despite the game being originally launched in November 2004! Show me any game that holds an audience with that kind of following for 12 years…..

Anyway, Overwatch is NOTHING like WoW and although on the surface it appears to be yet another online shooter (COD, Battlefield, Star Wars etc.), let me tell you, it’s not! There are 21 characters to choose from and once you die, you can choose another. The great thing is that it’s not good enough to master just one of them. The dynamics of the game mean that you will regularly need to change from a defensive character – Characters that can “hold the line” and take large amounts of damage to an offensive character – Characters that can do large amounts of damage but are much weaker in terms of damage taken. There are also some great support characters – Characters that are not weak but are primarily designed to heal other players.

People take this stuff really seriously in terms of the analytics of players. In the following link, you can see guides for playing the individual characters and their roles in the game. Overwatch guide: best heroes, abilities, and strategies for Blizzard’s shooter

I’m not really a “serious” gamer. By that I mean, I love games and I play as much as I can but I don’t get annoyed too easily and have hissy fits resulting in me cursing at kids who regularly kick my ass. It’s very enjoyable and a great way to relieve a bit of stress. If you like online shooty games, buy this. Why? Not because I said so but because it’s great craic! It’s light-hearted play but you can melt hours away with your friends and if you don’t have any, then this is a place where it’s ok to play with strangers 🙂

Looking for a smart phone? Check out the OnePlus 3

Hololens – What is it and do i need it? 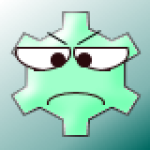